Better Than a Mosler Safe 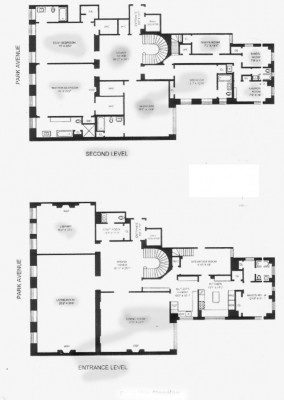 Recession? Not on Park Avenue. The low-floor duplex apartment (#4/5A) at 740 Park Avenue owned by the estate of the late Mosler Safe heiress Janet Mosler Coleman has been sold for what one city broker describes as the “ridiculous” price of $32 million. The building’s original “Jewish” apartment, the first one ever occupied by a Jew, that is, albeit one who postured as an Episcopalian, Col. William Schiff, head of the Schiff-Terhune insurance firm, it was later owned by Bruce Gimbel of the Saks Fifth Avenue Gimbels (the building is now more than half Jewish-owned, by the way). That same broker notes that it was sold directly by the estate (with the assistance of Coleman’s nephew by marraige, a commercial real estate broker named James Hanley Coleman, according to Janet Coleman’s daughter, Nancy Mintzsis, who could not confirm news of the sale), and points out that this is but the latest top-dollar sale on Manhattan’s Gold Coast where the seller dispensed with the services of a broker, ticking off recent big deals for townhouses and apartments owned by a Bronfman, a Tisch, and the fashion designer Vera Wang. “In each case,” says the broker, “you can make the argument that the buyer overpaid.” Hopefully, the buyer of 4/5A won’t back out on hearing that!
UPDATE: Real estate reporter supreme Max Abelson has the scoop on the buyer in the New York Observer: it’s Ira Rennert, purchasing for one of his daughters. Rennert, you might recall, caused considerable controversy on the East End of Long Island with a house he built there. Per wikipedia: “The buildings, which total over 110,000 square feet, including the 66,000 square foot main house, have an Italianate facade, 29 bedrooms, and 39 bathrooms. A dozen chimneys tower from the Mediterranean-style tile roof. The formal dining room stretches 91 feet in length. That’s three feet shorter than a basketball court — another amenity Fair Field has, along with a bowling alley, a pair each of tennis and squash courts, and a $150,000 hot tub, according to building plans and other documents filed with Southampton town hall. Its property taxes in 2007 were $397,559.00. The home is currently valued at $170 million making it the most valuable home in the Hamptons.”