How the mighty have stumbled! No, I’m not talking about the Pats, or Blackstone Group’s stock price (see item just below), but rather, the fabled fact-checkers at The New Yorker, who e-mailed me last week while checking James Stewart‘s just-published profile of Blackstone chairman Steve Schwarzman. The fact-checker wanted to know if it was true that Schwarzman bought his apartment at 740 Park in 2001 from the late Vanderbilt heir Carter Burden, who’d died five years earlier. I called back and explained that Carter Burden had never lived at 740 and that Schwarzman bought the place from Saul Steinberg in 2000, not 2001. The fact-checker later e-mailed to say the Burden reference was her mistake, not Stewart’s — and they seem to have fixed the sale date. Story over. Well… not quite.

I’m not quibbling with the take on Schwarzman presented by the Pulitzer-winning author of 1991’s Den of Thieves. You can find that elsewhere. Just the facts, ma’ams and sirs. Stewart writes, “In May, 2000, Schwarzman paid $37 million — reportedly a record sum at the time for a Manhattan co-op — for a thirty-five-room triplex on Park Avenue that was once owned by John D. Rockefeller, Jr. ” Sorry, but per the member of the co-op board who was my source for the details, the sale price was “just under $30 million” — not the $37 million that was widely reported at the time. Now granted, absent official records, you can quibble with that… as you can with room counts (do foyers and bathrooms count?). But it’s a duplex with a low-ceilinged servant’s mezzanine, not a triplex (or a quadruplex, as one newspaper once claimed) — as you can see from the floorplans, which are here and also below. Nexis is all well and good, Mr. Tilley, but next time, maybe you should check the book. 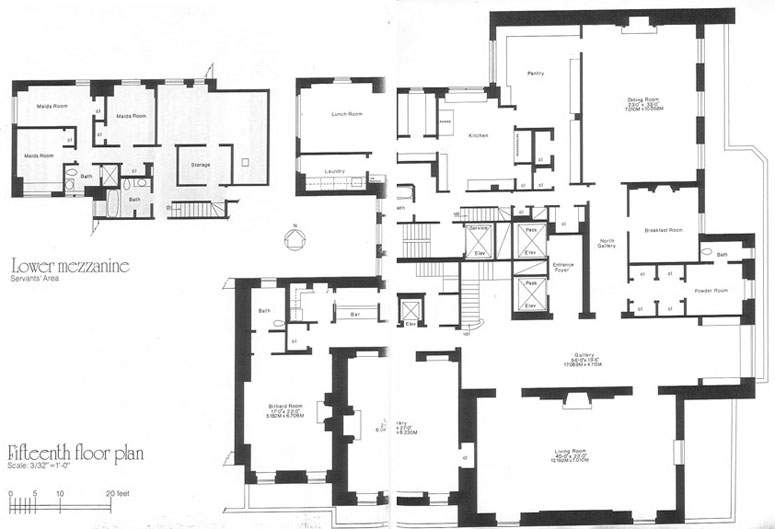 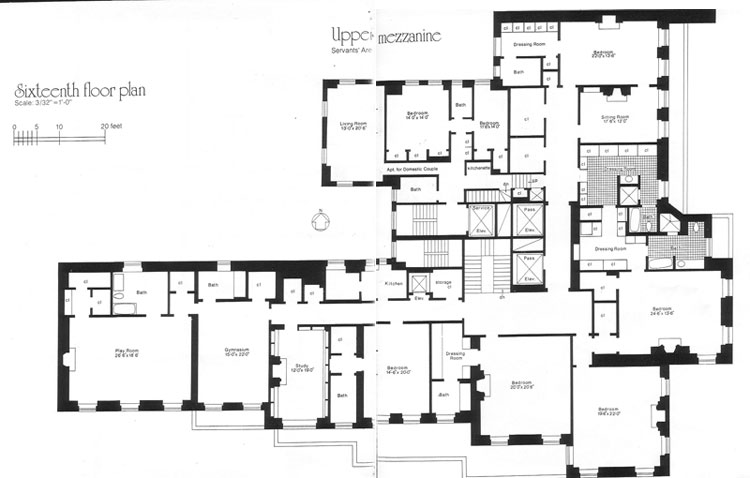