Grazing the news for Gripepad obsessions 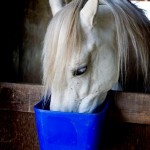 Noted without comment: The last few days have seen several of Gripepad’s obsessions flitting hither and yon in the news. Vogue editor in chief Anna Wintour , who appears on the cover of Rogues’ Gallery, has been rewarded for her fundraising and cheerleading efforts on behalf of the Metropolitan Museum of Art’s Costume Institute with the naming of its newly-renovated galleries in her honor. The board of directors of 995 Fifth Avenue, just across the street from that museum, has sued One57 developer, the cantilever and crane-crazy Extell (and a partner) for breach of contract and fraud “in the construction, marketing and sale of apartments at the luxury co-op building.” The Billionaire’s Belt along 57th Street appears to be squeezing out Rizzoli, the last bookstore in midtown Manhattan. 15CPW architect Robert A.M. Stern‘s design for 220 Central Park South, soon to sprout a few blocks away, has been revealed. And reams of copy have been written about new New York City mayor Bill de Blasio‘s declaration that the city’s carriage horses are heading to the glue factory. Most refer to my 2009 post here, “It’s Parkingtown, Jake,” and a 2011 followup column in Crain’s New York Business wondering about the true motives of the carriage horse opponents. And as surely as the sun rises and sets, some more very expensive apartments have come on the market at 740 Park Avenue and 15 Central Park West. The mind reels.