Posted by Michael Gross in 740Blog, GripeBox, HouseOfOutrageousFortune | May 6th, 2014 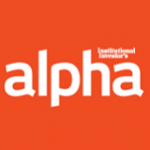 Fifteen Central Park West and 740 Park Avenue are well-represented on Institutional Investor’s Alpha magazine list of the top-earning hedge fund runners for 2013. SAC Capital’s Steven A. Cohen comes in at #2. Though he isn’t a resident of either building, Raj Sethi and Derek Cribbs of that firm both own apartments at 15. Coming in at No. 5 on the Rich List, with estimated earnings of just under $1 billion, is Citadel’s Kenneth Griffin, who rented at 15 after deciding not to buy. Just beneath Griffen, with earnings of $850 million last year is 740 Park’s Israel “Izzy” Englander of Millennium Management. Daniel Loeb, aka “Pinnocchio with a Penthouse” at 15, occupies position No. 7, having taken home $700 million. Dan Och of Och-Ziff may have earned less, raking in $385 million last year, but his 15 penthouse is several floors higher than Loeb’s. And Barry Rosenstein of JANA Partners scores a slot on what Alpha deems the hedge world’s “Second Team” with 2013 earnings of about $250 million. The top 25 hedgies made about $14 billion last year, ensuring the flow of cash that fuels Manhattan’s condo market.