It isn’t only luxury condos crashing: Hedgies are dropping, too

Posted by Michael Gross in 740Blog, GripeBox, HouseOfOutrageousFortune | May 13th, 2016 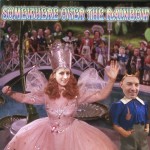 Today’s New York Times highlights one reason why Manhattan’s high-end condo market is collapsing, as Extell founder Gary Barnett admitted yesterday. James B. Stewart writes that investments in hedge funds, the financial high fliers that funded much of the condo boom, are dropping as dramatically as construction cranes. Stewart quotes Daniel Loeb, founder of the Third Point hedge fund and owner of one of the largest penthouses at uber-condo Fifteen Central Park West (shown with his wife Margaret Munzer Loeb on the front of one of their elaborate Christmas cards): “There is no doubt that we are in the first innings of a washout in hedge funds.” Loeb’s funds finished in the red in 2015, according to Institutional Investor’s Alpha Magazine, which just published its annual list of top-performing hedgies. Among Gripepad’s favorites who made the list this year, 740 Park’s Israel “Izzy” Englander (who earned $1.15 billion) and Fifteen CPW’s Dan Och.