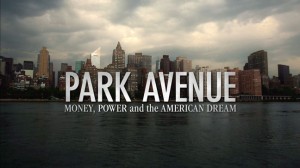 The Hollywood Reporter just revealed a secret I’ve been keeping since last year. Alex Gibney, the acclaimed documentarian, has acquired and made a film version of 740 Park. It’s called Park Avenue: Money, Power and The American Dream and it will air on PBS on November 12th as part of the international Why Poverty? documentary series, and will also be available on Hulu, iTunes and Netflix for digital download later this month. I’ll post links once I have them. Thanks to the New Yorker’s Jane Mayer who played matchmaker for Gibney and me. UPDATE: Curbed comments on the Gibney/Gross collaboration, of course.