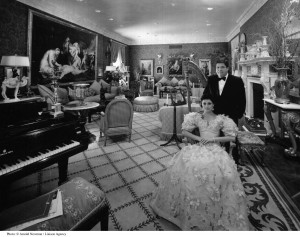 Saul P. Steinberg, the financier, died yesterday at age 73. Though he declined to be interviewed for 740 Park, he nonetheless emerged as the book’s leading character, appearing in its opening pages and later, at the center of some of its most raucous moments. Felled by a stroke in 1995, he lost his business and sold his massive duplex apartment, one of if not the grandest in the city, to Steven Schwarzman for a then record-setting $29.9 million in 2000, and left the public stage he had occupied since the 1960s. He is survived by his second and third wives and six children.