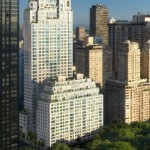 My latest book, House of Outrageous Fortune: Fifteen Central Park West, the World’s Most Powerful Address, is coming in March 2014 from Atria Books, Cindy Adams reveals in her New York Post column today (scroll down past Bernie Kerik. Mixing up her Midases a bit (understandable in an era when there are so many making and managing new money), the gossip great names a few 740 Park “inmates” as characters in the new book, but this time, the “scoop and poop” will be about Lloyd Blankfein and Sandy Weill, not Steve Schwarzman and Henry Kravis, and Dan Loeb and Dan Och, not David Koch. Not to mention Dmitry Rybolovlev and former Barclay’s big boy Bob Diamond, whose residence at 15CPW I first dug up and revealed in February. Though I didn’t tell all…at least, not yet.