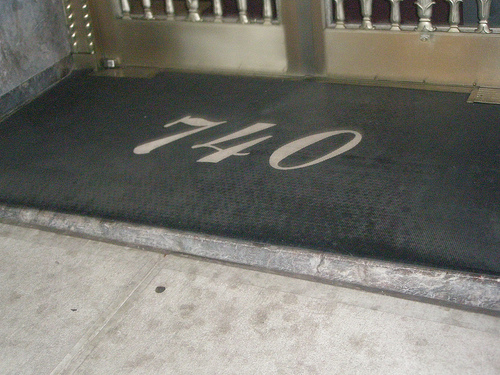 Maybe the rich aren’t entirely different from you and I. Look at the latest news from 740 Park.

Apt 17D: “John Thain is boldly going where few have trodden before him. The Merrill Lynch boss has agreed to stay on in a less senior role after his company’s sale to Bank of America is complete. He will be running the combined company’s global banking, securities and wealth management units. All told, that’s a bigger business than just Merrill. But it’s still a step down from the chief executive’s office,” says the International Herald Tribune

“The average hedge fund has now lost 9.41 percent,” says a Reuters report on data released by Chicago-based performance tracking group Hedge Fund Research showed. These results “are shocking to investors who entrusted millions to managers in return for promises to make money in all markets… Some of the industry’s biggest names numbered among the industry’s losers.” Among the hedge fund fortunate at 740 Park are Israel Englander of Millenium Partners (Apt. 14A), David Ganek of Level Global (Apt. 6/7A), Ezra Merkin of Gabriel Capital (Apt. 6/7B), Charles Stevenson of the Navigator funds (Apt. 8/9D), and Steven Mnuchin, who runs the George Soros-backed Dune Capital (Apt 8/9A).

Apt. 8/9B: Thomas Tisch was a primary backer of the just shuttered New York Sun.

Apt. 2/3D: And I wouldn’t be surprised if Kent Swig is getting just a tad antsy about moving those multi-million-dollar condos he’s been developing. He’s suspended sales at at least one of his projects due to the bankruptcy of Lehman Brothers.
(Photo from Rafael Chamorro’s flickr page)