Streisand at 740 Park: A correction 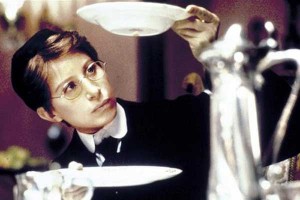 Tomorrow’s New York Times notes the posting in city records of the recent $19.5 million sale of the late Randolph and June Speight’s apartment at 740 Park to a Goldman Sachs partner, and pulls a bunch of juicy details from the pages of 740 Park, the book, to buttress its item. Those tid-bits are uncredited, and at this point, who cares? But one error begs for correction. Big Ticket columnist Robin Finn pulled a bunch of names from the book for her list of those “turned down” by 740’s co-op board (long run by Speight), but incorrectly includes the singer and actress Barbra Streisand. Her experience at 740, in fact, illustrated an important subtlety about well-run (if, yes, picky) luxury cooperatives: Streisand never applied to buy a co-op at 740 and was never turned down. Her broker was discreetly told that an application would be in vain and she simply went elsewhere, an episode that was apparently not very painful, as she’s told me she barely recalls it. But the story bears repeating. Why was Streisand (seen at right in her film Yentl) waved off? Likely because she was a famous entertainer and a Democrat as, by the time she looked into the storied building, it already had a number of Jewish residents. Randolph Speight, however, was an anti-Semite and a board member of a group that promoted eugenics, a fancy form of racism. “He would talk out against the Jews after a few drinks,” an aquaintance told me. How delightful, then, that a Goldman banker will soon occupy his former abode.