Trophy Buildings Then and Now 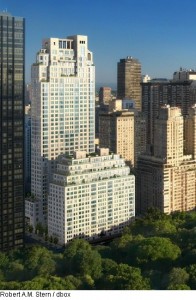 To each his own. Trophy building, that is. The Real Deal’s Jane Timm and Candace Taylor look at several of the city’s finest residences, then, now and, it predicts, in days to come, in this story on what it calls It Buildings. Two are the subjects of books by this blogger: Then, it was 740 Park. Now, I’m finishing my book on 15 Central Park West. One quoted broker says “she’s shown apartments at [the as yet unfinished] One57 to 15 CPW owners, some of whom are looking to sell before the older building loses its cachet,” the paper reports. That still hasn’t happened to 740 Park, eighty-two years after it first opened its doors. Does she mean that condos lack marketplace staying power, while co-ops keep their value and allure? As a co-op owner, I kind of hope so.