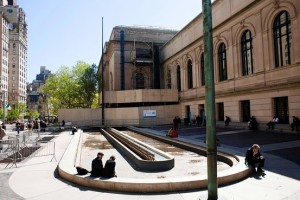 Today’s New York Observer reports on the proposed new plaza in front of the Metropolitan Museum of Art, paid for in large part by David Koch, a newish Met trustee and resident of 740 Park, and the opposition already being mounted by the museum’s neighbors across Fifth Avenue. Â Koch used to be one of them until he moved from the former Jackie Kennedy Onassis apartment at 1040 Fifth to his current apartment at 740. The fascinating story of that move, and the even more intriguing one of one hundred years of the museum board’s imperial ambitions, building history and fraught relations with the people of New York, who own its land, its building, and arguably, its art, are told in full respectively in 740 Park and Rogues’ Gallery. They are both available in paperback via links on these pages.