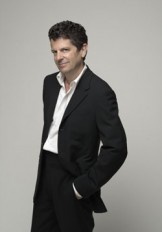 With three New York Times bestsellers to his credit, Michael Gross is recognized as one of America’s most provocative writers — “a premier chronicler of the rich,” in the words of Gay Talese. The late Dominick Dunne called his books “social history at its finest.” His specialty, deconstructing the most privileged lives and revealing the reality behind carefully constructed images, is well-suited to these skeptical times.

Gross’s last book was Focus: The Secret, Sexy, Sordid World of Fashion Photographers. A followup to his 1995 bestseller, Model: The Ugly Business of Beautiful Women, an investigative tour-de-force, and a blistering expose of the fashion-modeling business, Focus turns the camera around to capture the lives of fashion photographers and illuminate the world–and influence–of fashion media. Click the title to read more.

Model was a New York Times bestseller, and a selection of the Quality Paperback Book Club. Model, which has sold more than half-a-million copies around the world and remains in print and in demand more than a dozen years after its first publication, was also published in France, the U. K., Canada, Australia, Germany, Japan, Brazil, Russia and China. In 2011, it was re-published in an updated edition. Click here to read reviews of Model.

His penultimate book, House of Outrageous Fortune aka HOOF, which was published in paperback in March 2015, looks at the building that anchors New York’s Billionaire’s Belt, 15 Central Park West, its developers, residents, and the social changes it reflects. “[Tom] Wolfe’s gift was in summing up an era through his description of [Sherman] McCoy and his environs. Michael Gross has done likewise by taking us inside the most expensive, most powerful address in the world,” says CNN’s Michael Smerconish, who calls the book, “stunning.” USA Today calls it “an engrossing account” enlivened by “a tsunami of colorful details.”

In between these histories of New York best real estate and the rich folks who own it, Gross penned another bestseller, Unreal Estate, which opened the gates of the most exclusive neighborhoods of Los Angeles: Beverly Hills, Holmby Hills, Bel Air and Beverly Park, and reveals the lives of fascinating handful of their founders and residents over the last century. “Gross seems to be picking up where the late, great Dominick Dunne left off in his fascination with the ways that high life and low life come together,” Joe Meyer wrote in The Connecticut Post. Gross “gives us the lowdown on an incredible cast of characters…[He] is such a good storyteller.”

Gross also published a wildly controversial expose of New York’s cultural elite Rogues’ Gallery: The Secret History of the Moguls and the Money that Made the Metropolitan Museum in 2009, setting off an extraordinary campaign by some of New York’s most influential citizens to suppress the book. They failed. The New York Times Book Review called it “a blockbuster exhibition of human achievement and flaws” and Vanity Fair said it is simply “explosive.” Why? “Gross demonstrates he knows his stuff. It’s a terrific tale… gossipy, color-rich, fact-packed … What Gross reveals is stuff that more people should know,” according to USA Today. A paperback edition was released in May 2010.

Before 740 Park, Gross wrote Genuine Authentic, a biography of fashion designer Ralph Lauren. It was acclaimed by The New York Times as a work of “impressive reporting” that “hack(s) through the hype and half-truths” of the Polo purveyor’s legend. Publishers Weekly praised his “meticulous research and artful prose… The crackerjack journalist simultaneously tells a compelling story and gives it meat enough to be satisfying.”

Earlier in his career, Gross was a columnist for The New York Times, GQ, Tatler, Town & Country, The Daily News, Crain’s New York Business, and the philanthropy magazine Contribute; a Contributing Editor of New York (where he wrote 26 cover stories, including the magazine’s all-time best-selling reported cover story on John F. Kennedy, Jr.), of Travel & Leisure, and of Talk; a Senior Writer at Esquire, a Senior Editor at George, and Real Estate Editor of Avenue. He was Editor-in-Chief of Avenue, New York’s original society magazine, from October 2016 until March 2019. Until it closed in 2021, he was also a Contributing Editor of Departures, the travel and luxury magazine, which called him a “master chronicler of behind-closed-doors lives.”

Over the years Gross has profiled such subjects as John F. Kennedy Jr., Greta Garbo, Stephanie of Monaco, Richard Gere, Alec Baldwin, Madonna, and Ivana Trump; fashion figures Tina Chow, Calvin Klein, Diane von Furstenberg, Isaac Mizrahi, Ralph Lauren, and Steven Meisel, and he’s written on topics as diverse as philanthropy, the theft of the internet domain sex.com, plastic surgery, divorce, the A-List, Sex in the 90s and Greenwich Village-the last in an article that introduced the phrase “quality of life” into New York City’s 1993 mayoral campaign. Gross has covered the media in his GQ column, “The Chattering Class” and in feature stories on Time Inc. Editor-in-Chief Norman Pearlstine, Tina Brown and The New Yorker; Hearst Magazines, and the style war between Vogue and Harper’s Bazaar. For Travel & Leisure, he wrote about chic destinations like The Point, Ponza, Harbour Island, St-Tropez, St. Barthèlèmy, the French Riviera, Belize and Capri. Today, he continues to work that beat for Departures, where he has written about Isola Cavallo, Mexico City, the eastern Riviera, $100 million condominiums, the French hideaways Pyla-sur-mer and Cap Ferret, and more. At the New York Times and New York , he was one of the first American journalists — in many cases the first — to write about some of today’s most influential international fashion designers, among them Dolce e Gabbana, Helmut Lang, John Galliano, Marc Jacobs, Martin Margiela and Costume National.

Mr. Gross appears regularly on television and was a contributor to CBS This Morning. His writing has appeared in Vanity Fair, Architectural Digest, Newseek, Playboy, Radar, American Photo, Interview, Details, Elle, TV Guide, Cosmopolitan, and the now-defunct Manhattan Inc., Saturday Review, and Mademoiselle; and newspapers like the Washington Post, the International Herald Tribune, the New York Post, the Village Voice, the San Francisco Chronicle, and the Chicago Tribune.

In England, has written for Harper’s & Queen, the Times and the Sunday Times, the Evening Standard, the Sunday Express, The Mail on Sunday, NME and Melody Maker. His work has also appeared in Elle, Paris Match, Optimum and Madame Figaro in France; El Pais in Spain; Figaro Japon in Japan; Focus, Max, Die Bunte and Manner Vogue in Germany; Mode in Australia; the South China Morning Post; Panorama, L’Uomo Vogue and L’Espresso in Italy, and in many of the international editions of Travel + Leisure, Vogue, Esquire and Cosmopolitan.

In 2000, Gross published My Generation, a generational biography of the Baby Boom. It was called “wonderful” by the Washington Times, “trenchant, well-dramatized, thought-provoking and unusual” by Kirkus Reviews and “hugely entertaining… a brilliantly reported story,” by the Orlando Sentinel. It was recently re-published as an e-book.

Mr. Gross writes his own blog Gripepad and has contributed to The Huffington Post and The Daily Beast. He has also been a guest editor of Gawker (click the link to read the posts he produced for the late great snarkfest in April 2005) and Curbed and was the consulting editor of Bergdorf Goodman Magazine from 2002 until 2010. The New York Post said he “aggressively transformed the once-catalog-like publication into an eclectic cultural forum.”

Born in Manhattan, Gross grew up in Rockville Centre on Long Island and, he says, in Yankee Stadium, Madison Square Garden, the Polo Grounds, Shea Stadium and the Fillmore East. He attended Vassar College where he earned a degree in history. His father, Milton Gross, was a syndicated sports columnist for the New York Post, the author of Yankee Doodles and Eighteen Holes in My Head and the co-author of Victory Over Myself, heavyweight champion Floyd Patterson’s autobiography. His sister Jane, a former reporter and bureau chief at the New York Times, is the author of A Bittersweet Season. Michael Gross lives in Manhattan with his wife Barbara Hodes, a fashion designer and founder of NYC Private Shopping Tour, a bespoke shopping experience, and their West Highland terrier Agrippina.