A Long View of Layoffs 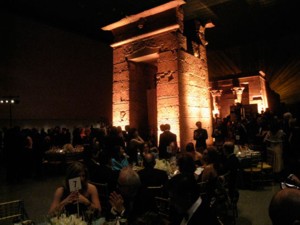 Today’s New York Times announces 74 layoffs at the Metropolitan Museum of Art, the likelihood of more, a 28% drop in its storied endowment (once nearly $3 billi0n) and a “hiring freeze, halted merit raises and curtailed staff travel and entertainment as well as the use of temporary employees.” This news comes on the same day that David Patrick Columbia‘s New York Social Diary covers a black-tie private dinner-dance there celebrating the Iranian New Year, attended by, among others, Martha Stewart, Prince Dimitri of Yugoslavia and a tuxedo clad Thomas Campbell, the museum’s rookie-year director. In other words, as you’ll soon read in Rogues’ Gallery, this has happened many times before, the museum has survived, and life goes on, even as bottom lines shrink. Not, however for Leonore Annenberg, widow of Walter, the sometimes controversial, but incredibly generous donor who gave his $1 billion art collection to the museum; a trustee emeritus of the museum, she died yesterday at age 91 in Rancho Mirage, California. R.I.P.