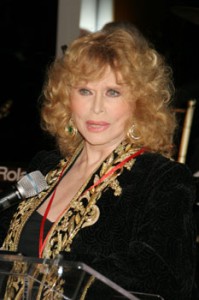 The Metropolitan Museum has still not come forward with a response to my request that they identify alleged misinformation in Rogues’ Gallery, but last night at a party, the legendary gossip-and-society columnist Aileen “Suzy” Mehle pointed an error out to me — so again, I’m correcting it (here and in subsequent editions of the book). On page 402, I inadvertently identified a husband of the late supermodel Dorian Leigh as Suzy’s son. In fact, Dorian Leigh married Admiral Roger W. Mehle after he and Suzy were divorced and the model became the stepmother of Roger W. Mehle Jr. “You mixed up your Roger Mehles,” Suzy said. I stand corrected.