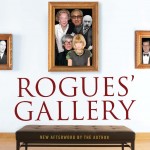 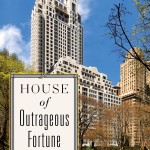 The buyer of New York’s most expensive apartment, an $88 million penthouse at Fifteen Central Park West, the former Russian fertilizer oligarch Dmitry Rybolovlev, is now the world’s unluckiest divorcee, after a Swiss court ordered him to pay his ex-wife Elena Rybolovleva precisely half his fortune, down to the penny…a sum just over $4.5 billion. Rybolovlev’s whole story, and all the details of his costly divorce, can be found in House of Outrageous Fortune. An earlier subject, The Metropolitan Museum of Art, is also in the news today, with the announcement of plans to make over its much-maligned wing containing its until-now less than stellar collection of modern and contemporary art. Triggered by a generous donation from philanthropist and cosmetics heir Leonard Lauder, the renovations may also finally bring about the opening of a long-promised entrance to the museum from Central Park. That nugget (minus any mention of the long-simmering controversy over the park-side door) is buried deep in the announcement made by the museum through the New York Times, whose former chairman, the late Arthur Ochs “Punch” Sulzberger, was also the museum’s chairman from 1987 to 1998. The uncensored history of the museum–including its tortured courtship and shotgun marriage with modern art, the saga of the soon-to-be-renamed Lila Acheson Wallace wing, the empty promises that allowed that wing to be built in the first place, and how the Met and the Sulzberger family joined forces and cleansed its troubled reputation–is all told in Rogues’ Gallery: The Secret Story of the Lust, Lies, Greed, and Betrayals that Made the Metropolitan Museum of Art. UPDATE: Arthur Gelb, the brilliant and incredibly courageous New York Times Arts section editor who exposed the Met’s foibles even as Punch sat on its board, and inspired generations or reporters, including this one, died today at 90. Sam Roberts has written a remarkable obituary of a remarkable man. Back in the day, his kind of balls were the norm, not the exception.