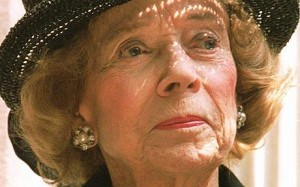 According to the Associated Press, $100 million of Brooke Astor’s fortune will now go to organizations like the Metropolitan Museum of Art and the New York Public Library. But though his share of the estate has been halved, the AP says, son Anthony Marshall, who is appealing his conviction for, in part, engineering changes to her will when her mental capabilities had allegedly eroded, still gets $14.5 million. That may be an heircut, but it’s still a tidy sum. I wonder if he’ll leave anything to his son Philip, who engineered the public exposure of this private mess? Read the entire Stipulation of Settlement here [pdf warning].