Campbell in the Soup, Pt.2 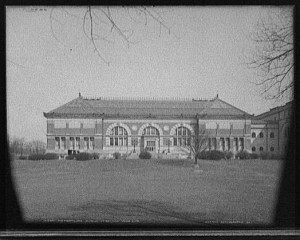 The still new-ish director of the Metropolitan Museum of Art, Thomas Campbell, made a seemingly pointless —no exhibitions were touted, no news revealed —five minute appearance on The Colbert Report last night (caveat spectator: it starts at the sixteenth minute, after several no-skip commercials). Despite Stephen Colbert’s valiant attempts to engage the rumpled, weary-looking Brit in humor (“Ever lick a painting?”), Campbell resisted, making the segment rather pallid. But several of his remarks (“We’re in the business of showing five thousand years of what people have done,” he said of the museum he touted as “the whole world history in four city blocks”) were laughable, coming as they did from the head of an institution that claims to be dedicated to communicating history, yet goes to astonishing lengths to suppress its own. (And for those of you keeping track, the museum’s flacks have yet to back up its claim that Rogues Gallery is inaccurate. Though also not funny, that, at least, speaks volumes.)