Daily Dose of Donald: On humility and self-awareness. Really. 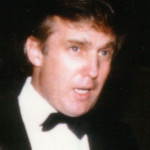 This excerpt from my 1999 interview with Donald Trump for My Generation seems both poignant and pathetic in light of events of the last few days. “You develop a sense of invincibility,” Trump told me. “You think you can do no wrong…You have all these guys who you pay money and they all say, “Don’t do this, don’t do that.” Because basically, every job I did was not supposed to work…Nothing was supposed to work. And they all worked. So you don’t listen to anybody, because they’re all idiots in your opinion, because they were all wrong previously. But the word is invincibility. You develop a sense of invincibility. Then the markets crash; in 1990 the real estate markets crash. I’m stuck out there. I have this real estate, all of it… I have billions and billions dollars in debt….And by the way, at one point I was under-leveraged. All of a sudden I was over-leveraged….The most interesting three years of my life was from 1990 to ’93. Not necessarily the best time of my life, because it certainly wasn’t. But I learned more about myself during those years than any other period of time in my life. Because I learned what… I had never had adversity. And all of a sudden, I am being fuckin’ creamed. I’m getting creamed in the press, I’m getting creamed in everything….I created something and now, all of a sudden…and people are having a good time….I was getting fuckin’ creamed. If another guy had a problem, nobody gave a shit, but if anything slightly… They build it up too much; they tear it down too much. It’s like… Believe me, it works both ways….You know, it was a bad time, obviously, for the country. It was a bad time for New York. It was a bad time for everything. But I was like the symbol. I was being used as the symbol….So what I did is, I learned… Again, it was the most interesting period in my life, but it was also the best. And in retrospect… I don’t want to do it again. But in retrospect, it was about the greatest time in my life. Not a fun time, but just a great time in my life. Because you learn about yourself.” But then, time passes, and apparently, you forget.