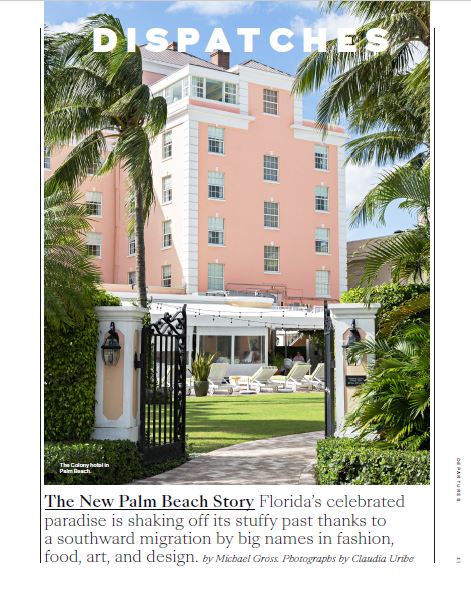 A year ago, I spent a week in Palm Beach and got the sense it was changing for the better.  On December 27, Departures published my “The New Palm Beach Story,” on the resort’s renaissance (it was behind a firewall until now). That was, of course, before the right-wing riot of January 6th, Joe Biden’s inauguration, and the return of Palm Beach’s favorite reality TV has-been. Since then, the same story has been told so many times it’s begun to seem Palm Beach may have jumped the shark. Or is that phrase as passé as the proprietor of Florida’s tackiest private club? Which, I’m proud to say, goes unmentioned here. I got that right, at least.