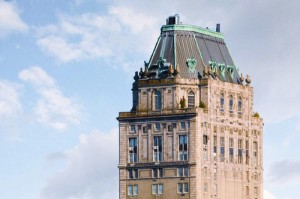 Super stock picker Martin Zweig’s last interview before his death in February appeared in my Avenue Unreal Estate column in June 2012 about three ballrooms-turned-penthouses on the southern rim of Central Park. Today, Jennifer Gould Keil at the Post reports a rumor that his widow Barbara Zweig is about to list his Pierre Hotel penthouse for $120 million, which would be a record-setting price. When he bought it for $20 million in 1999, he told me, “I thought it was under-priced.” Let’s see how high the market will fly now.