From X to SpaceX: A Flashback 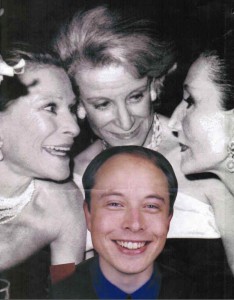 Back in 2000, just as the dotcom bubble was bursting, I went to Silicon Valley on assignment for Tina Brown‘s Talk Magazine to find some nouveau riche tech types and make fun of them. Instead, I found a man named Elon Musk (at right) who’d just founded X.com, an online bank that would soon evolve into PayPal, and discovered him to be not just newly rich, but charming, charismatic, brilliant and fascinating. Musk became the centerpiece of a story called “War of the Worlds” [pdf alert: it loads slowly], which compared the Jurassic society of New York with a new breed of wealth emerging out west. A dozen years later, Musk’s SpaceX this week launched and brought back to earth the world’s first private orbital spacecraft. Click the title link above for an early look at the man behind the Dragon capsule.