Is the Rogues Gallery a racist gallery, too? 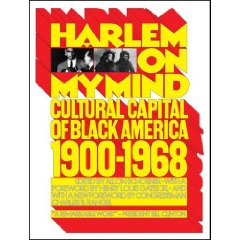 Even “big” books can’t always cover every aspect of a big story. This anonymous email arrived last night, describing another aspect of the Metropolitan Museum’s story, one I was aware of and hint at in the story of the controversial Harlem on My Mind exhibition of 1969, but didn’t research in greater depth because I was focused on the museum’s leaders and benefactors: “New York journalists and writers tend to concentrate on the glamour and the glitter of the MET and other lesser museums in New York City,” it said. “However, very little or no journalistic attention is paid to New York cultural institutions (including the MET) as elegant sweatshops where curators, librarians, security guards, and a battalion of other workers work exceedingly long hours for meager salaries and under rather arrogant and dictatorial directors. Secondly, the MET continues to epitomize the “FOR WHITES ONLY” ethos, without the signage, that was reminiscent of the American south in terms of their hiring practices and the dearth of blacks and people of color in senior curatorial positions — or, to be perfectly blunt, any positions beyond a security guard or a coat checker. This is the sad case all along Museum mile. And it is my hope, frankly, that President Obama or First Lady Michelle Obama will talk about this in the near future. Even the Museum of the City of New York, located in East Harlem, has no blacks or people of color in senior positions… In my view, New York City would better be served by journalists and writers who take a “Upton Sinclair” approach to cultural institutions in New York City. In many cases, these institutions are “cultural sweatshops” and the wealthy are merely unconcerned, look the other way, or are shielded by museum directors from what actually takes goes on. They are social watering holes for the wealthy and idle rich. As I said previously, I’d rather visit a museum in Europe than step foot again in another museum in New York. I was born in New York.”