Wintour’s Springboard is Brodsky’s Board 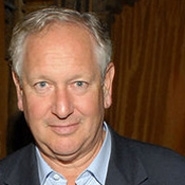 Anna Wintour (that’s not her above) got her reward for tireless service to Si New — , oops, the Costume Institute at the Metropolitan Museum of Art yesterday when she was promoted from powerless non-voting honorary trustee of the museum to only slightly less powerless “elective” trustee. On the same day, James Houghton, the museum’s aging chairman, stepped down and was replaced by real estate owner and operator Daniel Brodsky, who is slightly younger. Women’s Wear Daily got the scoop on Wintour’s ascension to the socio-cultural Pantheon that is the museum’s board, but not Brodsky’s promotion. The New York Times wrote up Brodsky, but not Wintour. I wonder if either of them wishes it had been the other way around? I know which one looks better in Chanel.