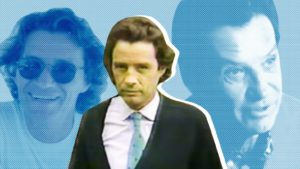 French model agent and an owner of model agencies in Paris, New York and Miami, Jean-Luc Brunel, long thought to have funneled underage women to the late pedophile perv Jeffrey Epstein, has been arrested on suspicion of sexual assault and human trafficking and is being held for questioning in Paris, reports the Daily Mail. Brunel, 74, “was detained by Paris detectives at Charles de Gaulle airport on Wednesday as he tried to board a flight to Dakar, in Senegal,” the paper says. Brunel was one of the notable model agents exposed in the pages of Model, my 1995 book. We had a lengthy interview, one of the few he ever gave, at a time when he was still riding high, despite a multitude of complaints about his behavior. In 2019, I wrote