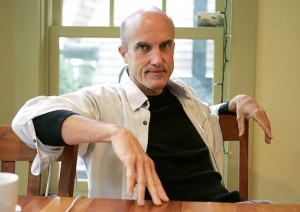 A New York Times reporter has just broken the news of an (as yet undisclosed) settlement in the Brooke Astor estate battle in White Plains. His source? Philip Marshall (pictured), who put the family dispute in the public sphere when he accused his father of mistreating his grandmother, sent a text to the man from the Times. UPDATE: I;m told that News 12 in Westchester actually had it first. I’ll add details of the settlement once I have them.