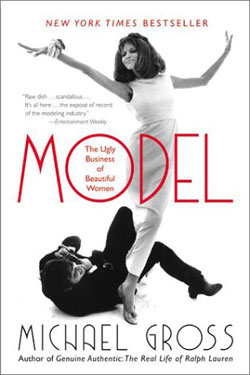 Page Six announced this morning that Model: The Ugly Business of Beautiful Women, my 1995 book on the fashion modeling industry, has been optioned by KDX Productions to be made into a ten-part documentary. Given that today’s papers also bring news that the film of my pal Steven M.L. Aronson‘s fantastic book on a society murder, Savage Grace, published ten years before that in 1985, has finally made it to the screen and is coming out next week, it probably bears repeating that good things are well worth waiting for.