My Night With Bob Dylan 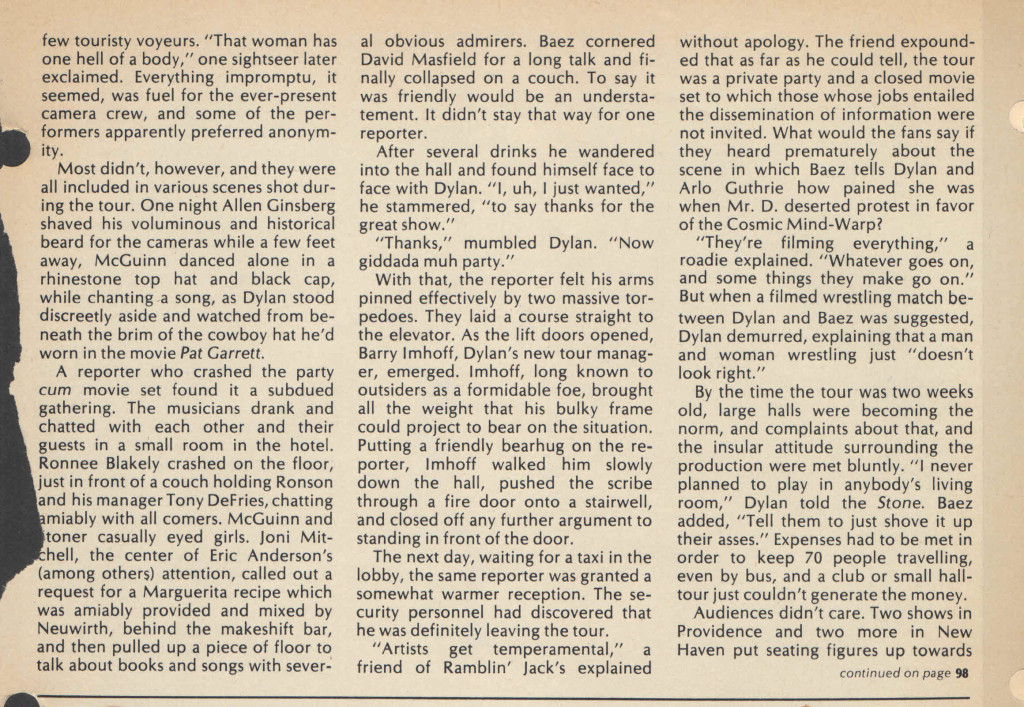 In honor of this week’s release of Martin Scorsese‘s stirring mock-doc on Bob Dylan‘s 1975 Rolling Thunder Revue, click the continue link below to read an excerpt of my report on that tour, focused on the night that November I–briefly–attended the after-concert party in Niagara Falls, mid-way through the tour. I’d befriended Ramblin’ Jack Elliott, who got me through the door, saved me the first time I was tossed out, but couldn’t when I then made the mistake of speaking to Dylan himself. Next morning, in the hotel lobby, as the troupe gathered for a trip to the nearby Tuscarora Indian reservation (shown in the film), backup singer Ronnee Blakely loudly asked, “Did you know there was a reporter at the party last night?” Dylan, reading a newspaper, wearing shades and a big hat, glanced up. When someone asked who it was, I proudly raised my hand. Dylan raised his newspaper and sent a factotum over to ask, “You’re not thinking of going to the Indian reservation, are you?” “I didn’t know where you were going until now,” I said, pausing, “but no, I have a flight to catch.” BTW, the woman referred to in the dangling first paragraph is none other than a skinny-dipping Joan Baez.