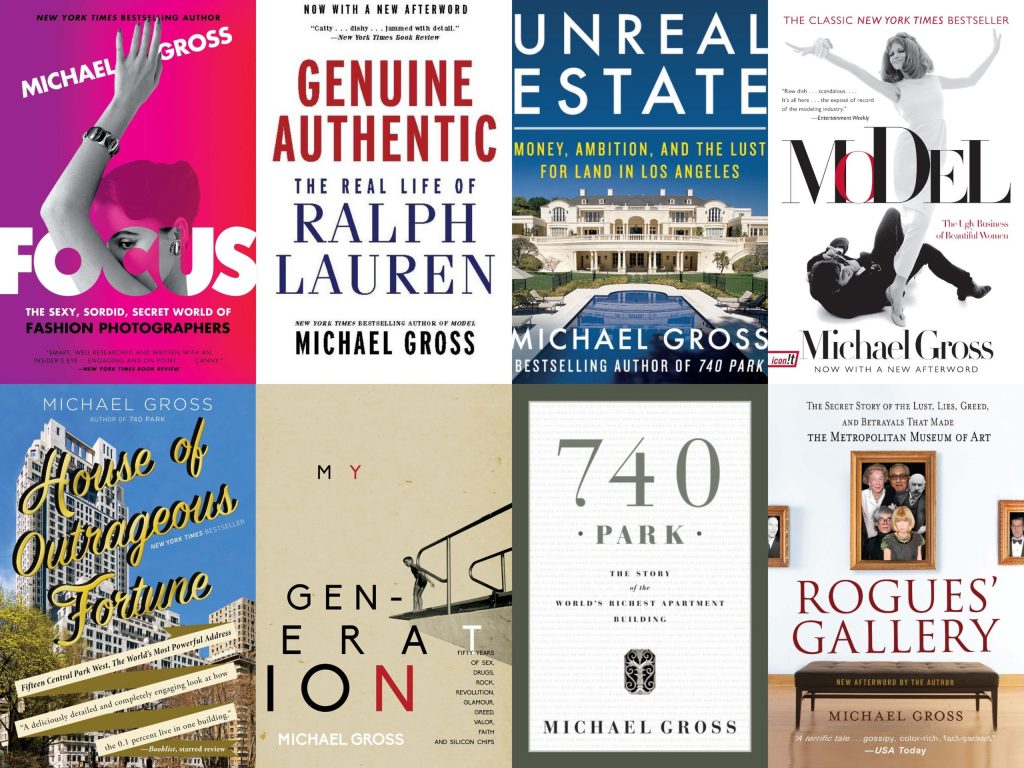 With containment, isolation and quarantine ongoing in much of Ameeica, I’m shacking up with a diverse batch of good books in May. I abandoned Hilary Mantel‘s The Mirror & the Light despite having devoured the first two books in her Thomas Cromwell trilogy, but loved Julian Barnes‘ The Man in the Red Coat. Now I’m onto Jesse Kornbluth‘s JFK and Mary Meyer: A Love Story, and I have Sam Wasson‘s The Big Goodbye: Chinatown and the Last Years of Hollywood on deck. It’s not easy to read as I’m writing most days, at work on my own next book, about some very old and very prominent American families. But may I suggest one of the diversions illustrated here for you as I rush to get that done? You can order on each book’s page on mgross.com. 740 Park, in particular, seems to be pandemic-popular, its sales doubling in recent weeks. Could that be because Secretary of the Treasury Steven Mnuchin owns an apartment there? As it happens, it’s been in the market since 2018, despite its price dropping $5 million from the original $32.5 million ask. And now, it appears, the listing has expired. That’s understandable, perhaps, under the circumstances, though it’s tempting to think there’s some kind of stink attached to the place. #Staysafe #Stayinside and #read a book.