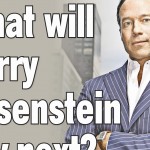 Barry Rosenstein, the pugnacious hedge fund operator who owns a 15 Central Park West duplex and recently bought America’s most expensive home, a $147 million East Hampton estate, is being sued (along with the estate that sold the estate) by Corcoran, the real estate brokerage, reports today’s New York Post. Corcoran alleges that Rosenstein and the estate conspired to avoid paying a commission on the sale to broker Tim Davis. Davis, the subject of my latest Unreal Estate column in Avenue, published earlier this month, was already the year’s highest-earning East End broker, with $430 million in sales last year. In the column, which broke the exclusive news that a broker was in fact involved in what was reported as a no-broker sale, I suggested that Rosenstein owed something to that broker. “Mr. Rosenstein, as the buyer, should not be a party to the complaint,” his spokesman averred to the Post.