The New York Review of Hypocrisy 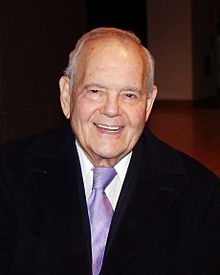 Regular Gripepad readers will recall that two years ago, in an afterword to the paperback of Rogues’ Gallery, my history-cum-expose of the board and benefactors of New York’s Metropolitan Museum of Art, I speculated on how the vice chairman of that board got her hands on one of the embargoed advance copies of the book. Which led to a pre-emptive threat (that thankfully proved empty) to sue my publisher and me for “gratuitous and false character assassination.” George Gurley of The New York Observer subsequently confirmed my suspicion that the embargo-breaker was Robert Silvers, the esteemed co-founder and editor of The New York Review of Books (pictured).

In an article in Saturday’s New York Times pegged to last week’s presentation of a lifetime achievement award to Silvers by the National Book Critics Circle, the 82-year-old is quoted on how “power and its abuses” fascinate him. His social ambition is referenced, too. He’s called “a voluptuary of sorts” who “has no objection at all to the company of the rich and titled.” Which may explain why he’s taken on the coloration of the objects of his fascination.

Galleycat, the publishing blog, asked me about all this at the time and I said I was shocked by his violation of a standard publishing practice. “It may not be strictly unethical,” I said, “but it’s certainly unprofessional and unseemly, particularly for someone who puts himself forward as an advocate for authors who try to write honestly about the powerful.” But as I wrote in that afterword, speaking truth to power doesn’t always win you Silvers-style friends in high places. And as Samuel Johnson wrote, there is sometimes a disconnect between literary appearance and worldly reality: “Remotely, we see nothing but spires of temples and turrets of palaces, and imagine it the residence of splendour, grandeur and magnificence; but when we have passed the gates, we find it perplexed with narrow passages, disgraced with despicable cottages, embarrassed with obstructions, and clouded with smoke.”