The Two Faces of Philippe

So excited was gripebox to publish the world-exclusive news of Philippe de Montebello‘s resignation from his post as director the Metropolitan Museum of Art last night, I didn’t notice the gem of revisionism hidden at the bottom of the New York Times story that was posted on its web site some 90 minutes later until reading the hard copy this morning. “Too many people have been increasingly saying to me, ‘You are the Met,'” the museum’s director told Carol Vogel in his farewell interview with the paper of record. “I am not the Met.” But that’s not what de Montebello said to author Danny Danziger for his book Museum, published this spring. “I’m the institution to a level I’m not sure is healthy: the institution and I have totally merged,” he said then. “I am the Met, the Met is me.” (UPDATE: The Times had obviously been leaked what was supposed to be the scoop — an irony I will deal with in my forthcoming book on the museum. A press conference held the next day seemed something of an anti-climax. I was not invited, and left town assuming I would eventually read in lesser periodicals what was said there.) 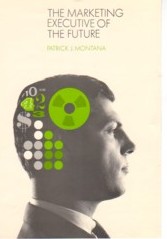 A portrait of the Director as a much-younger man. (first published on gripebox last July)

The official statement from Metropolitan chairman James Houghton is here:
And here’s more on de Montebello’s departure from the Times:
— The search for a successor by Randy Kennedy.
— The legacy by Michael Kimmelman.
And also: Kate Taylor at the New York Sun and Newsday’s take.