WHOSE Times? WHY silence? 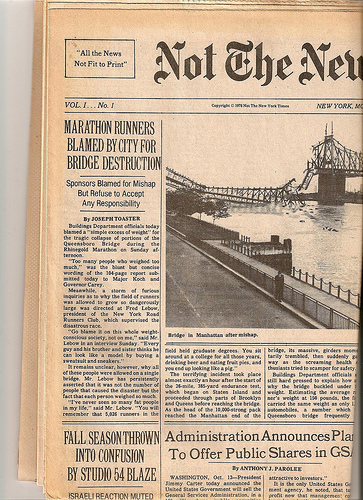 Looks like I’m not the only one with a Christmas gripe against someone at The New York Times. The Newspaper Guild’s letter to Arthur Sulzberger Jr. is astonishing. But it’s vital to remember a lesson I learned while writing my penultimate book Rogues’ Gallery on The Metropolitan Museum of Art. Some took that book as an attack against the institution itself when all I did was try to accurately describe the background, motives and actions of the often-flawed individuals who support it and allow its greatness to flourish. Today’s…what shall we call them?…issues at the New York Times–mine and now, the Newspaper Guild’s–are also the products of decisions made and actions taken by often-flawed and apparently unsupervised individuals, not the institution itself. There, countless other individuals do great work and in some cases take great risks to produce what is still a great newspaper. I hear a rumor that there’s going to be a moment of silence in the newsroom in coming days. I’m not sure what or who is being mourned. The New York Times (where I once worked and learned too) isn’t dead–even if some there have lost their moral compass and are doing everything they can to undermine its authority. I say a moment of fury–not silence–is called for.