Windows on the World 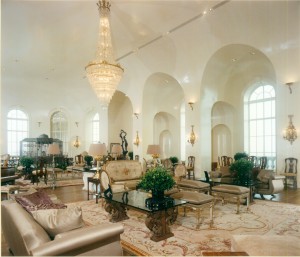 As recently revealed by Jennifer Gould Kiel in the New York Post, Millennium Partners co-founder Christopher Jeffries just sold one of the grandest penthouses in New York–a former ballroom atop the former St. Moritz Hotel–to gambling man Steve Wynn. But it’s only one of three similarly stunning aeries overlooking the southeast corner of Central Park. I write about the history and the present occupants of all three in my latest Unreal Estate column in Avenue. That’s the former Pierre Hotel ballroom at right (Amiaga Photographers) CORRECTION

: In the magazine, two captions are misplaced. The living room identified as the ballroom from the St. Moritz is the Pierre and vice-versa.