"As rich as his subjects."Forbes FYI

"The is social history at its finest."Dominick Dunne

"Finally! A look inside the golden tabernacle of high society."Kitty Kelley 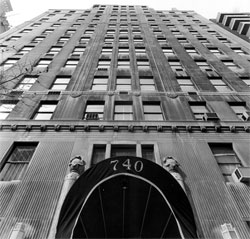 For 75 years, it’s been one of the most lusted-after addresses in the world. Even today, it is steeped in money, the kind most of us can only imagine. Until now. The story of 740 Park Avenue sweeps across the twentieth century to today, and Michael Gross tells it in glorious, intimate and unprecedented detail. From the financial shenanigans that preceded the laying of the cornerstone, to the dazzlingly and sometimes decadently rich people who hid and hide behind its walls, this is a sweeping social and economic epic, starring our wealthiest and most powerful old-money families — Vanderbilt, Rockefeller, Bouvier, Chrysler, and Houghton — Greed Decade symbols Ronald Perelman, Henry Kravis, and Saul Steinberg, and the names in today’s scary financial headlines: David Koch, John Thain, Ezra Merkin and Steve Schwarzman.

All in the Family 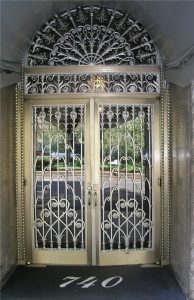 Former treasury guy for the still-an-asshole guy Steven Mnuchin has finally offloaded his long-empty 740 Park Avenue apartment, writes real estate reporter Kim Velsey. The 8th and 9th floor A-line duplex, in his family for three generations, has been sold to a member of another longtime 740 family, Lacey Tisch, daughter of Andrew, whose uncle Thomas and wife Alice Tisch live right next door in the building’s B-line. Both apartments look out over Park Avenue, though Lacey’s place is a bit more majestic. “It took three years and a $10 million price cut,” Velsey writes of the apartment “first listed for $32.5 million in 2018.” He’s a real deal-maker, that Mnuch! 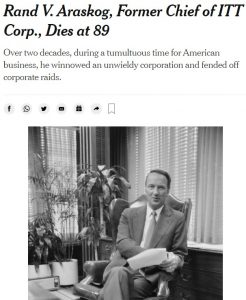 Rand Araskog, longtime president of the board of directors of the 740 Park cooperative, has died at age 89, reports the New York Times. The former chief executive of ITT, he owned a sixth floor duplex, once the home of “Black Jack” and Janet Bouvier, and the childhood home of Jacqueline Kennedy Onassis and sister Lee Radziwill, in the building’s sprawling A-line from 1980 until 2005, though who paid for it was a controversial question. A co-op board member is quoted in 740 Park, the building’s biography, ascribing the purchase to ITT, but a note in the conglomerate’s 1980 proxy statement said it was paying the interest on a loan that let him buy and renovate it, as well as a portion of his hefty monthly maintenance fees. None of that is typical in old-money co-op buildings. Perhaps as a result, some of his old-money neighbors at 740 were skeptical of Araskog, feeling he brought down the building’s “old-shoeish,” old-money tone. Araskog eventually sold the apartment to a hedge fund executive and moved to Palm Beach

Two of my books have earned press “hits” this week. An obituary by Penelope Green of modeling agent Barbara Stone put Model back in the New York Times. And Jennifer Gould of the New York Post references 740 Park in her report on former Treasury Secretary Stephen Mnuchin‘s long, and finally-successful effort, to sell a radically price-chopped apartment at 740 Park Avenue that’s been in his family for three generations. Does the price reflect a similar discounting of the reputation of accomplices of the last administration?

The listing of the late Viacom mogul Sumner Redstone’s estate in Beverly Park, near Beverly Hills, for $27.9 million, caused the Hollywood Reporter to revisit Unreal Estate’s opening chapter, in which Sylvester Stallone bought the same property after racist neighbors rose up in fear when Death Row founder Suge Knight almost bought it. Read all about it here or buy the e-book here. 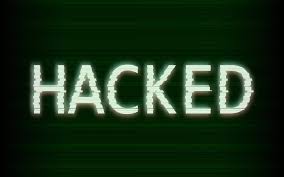 The recent hack of my website continues to reverberate, and the Cast of Characters for 740 Park is currently offline, but IT wizards are at work on restoring it. Apologies, and thanks to Mark David of Dirt who alerted me to the page’s disappearance while sharing some news of the Park Avenue fortress. 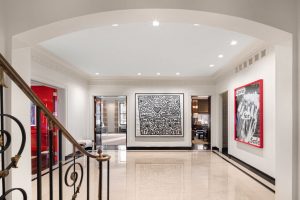 As Manhattan’s luxury real estate market corrects and slowly begins to recover from its COVID swoon, there are, as in the stock market’s constituency, bulls, bears and pigs running free. Which brings us to the latest reveal of a listing at 740 Park Avenue, by the juicy real estate gossip site, Dirt. Tamara and Randy Winn, she’s the daughter of billionaire Ira Rennert, have listed their 740 duplex at $40 million, which would give them an $8 million profit over the “ridiculous” price they paid for it thirteen years ago.

Writes Dirt’s dishmeister Mark David, “There are at least three other units at 740 Park Avenue that are currently for sale, and with much lower prices: An opulent if outdated lower floor duplex, the longtime home of late financier Charles Dyson and his late wife June Dyson, popped up for sale last month at $19.5 million; former U.S. Treasury Secretary Steven Mnuchin’s decidedly traditional duplex — in the same line and the same size as the Winns’ pad but a handful of floors higher — is now listed at a comparatively bargain basement price of $25.75 million after it was first listed almost 3.5 years ago at $32.5 million; and former Merrill Lynch CEO John Thain’s smaller but no less deluxe duplex penthouse, with four terraces but just one proper bedroom, plus two staff rooms and a study convertible to a bedroom, is now priced at $32.5 million after it was initially put up for sale nearly three years ago at $39.5 million.” 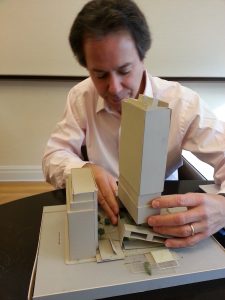 Will Lie Zeckendorf, co-developer with his brother Arthur Zeckendorf of 15 Central Park West, and former owner of apartments there, in the Majestic on Central Park West, and in 740 Park Avenue, has flipped apartments again, reports the New York Times, buying a third-floor eleven-room flat in architect J.E.R. Carpenter’s 960 Park Avenue for $11 million. The seller appears to be Jane Goldman Lewis, a child of the late Sol Goldman who, in his time, owned the largest real estate portfolio in New York City. When not walking on the flip side, Zeckendorf is no slouch in the real estate dynasty department, either. His grandfather, William “Big Bill” Zeckendorf, was a similarly legendary real estate titan in the years after World War II, and his father, Bill Zeckendorf followed in his footsteps. Their roller-coaster family saga is told in my books 740 Park and House of Outrageous Fortune, about 15 CPW, where Will (who is pictured with a model of 15 CPW) set a price-per-square-foot record when he sold a 41st floor apartment there to the founder of Garmin for $40 million in 2010.

Today’s New York Times reviews Aaron Glantz‘s Homewreckers, on the real estate meltdown that sparked the Great Recession. The Times notes that many of the perpetrators in the book’s pages live under the same Park Avenue roof, but doesn’t reveal the address, and names only one of them. That’s Steven Mnuchin, now Secretary of the Treasury, and one of the current administration’s few surviving Original Cheerleaders. The building is 740 Park of course, and John Thain, Steve Schwarzman (with Mnuchin, O.C. Wilbur Ross, and anther guy on the book’s jacket), as well as former resident Ronald O. Perelman, are all covered. Thanks to Glantz for citing my book on the building, still in print–and relevant–thirteen years after it was first published.

I’m happy to reveal that Unreal Estate, my social/real estate history of the richest communities in Los Angeles, will shortly be re-published, exclusively as an e-book, after almost seven years out of print. “Great Hollywood houses, great Hollywood tragedies, great book,” said The Chicago Tribune. I’ll post a link for purchase as soon as it’s available.

Last week, Radio France broadcast and published its multi-platform look into Jean-Luc Brunel, the French model agent alleged to have “fed” young models to Jeffrey Epstein, the pervert plutocrat who killed himself in his jail cell rather than face his accusers. The Cellule Investigation references both my 1995 book (called Top Model in its French translation) and my recent recollection of a disturbing encounter with Brunel in The Daily Beast. To hear the show (in French), go to this link and click the play button.