Some ephemera from the misty past at 740 Park Avenue. 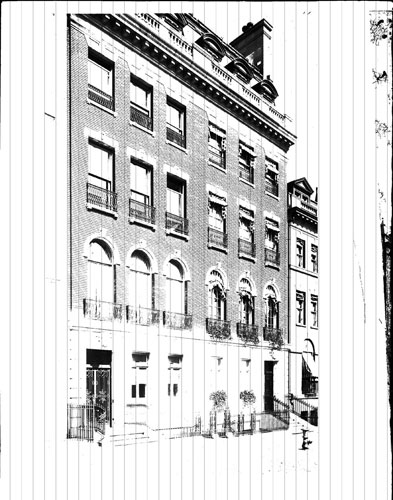 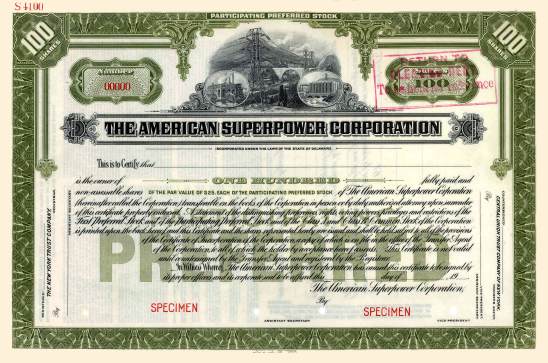 Original tenant Landon Ketchum Thorne founded American Superpower, the Enron of its age, in the 1920s. In the 1950s, he sold it to William Zeckendorf, who bought 740 Park at the same time, and saved it from financial ruin. 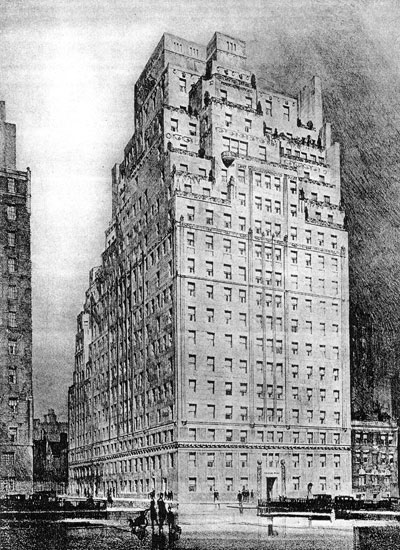 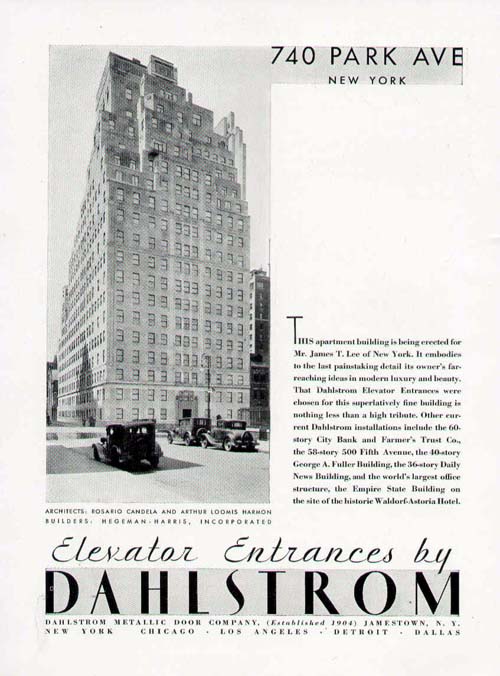 Even elevator manufacturers wanted to be associated with 740 Park Avenue. 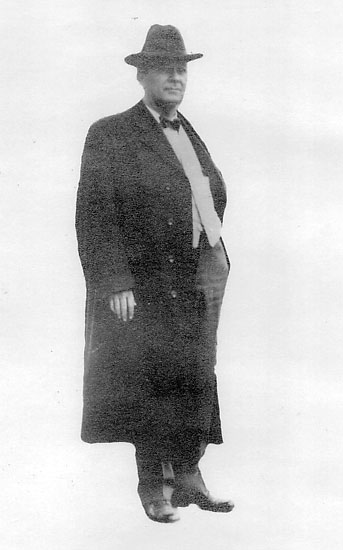 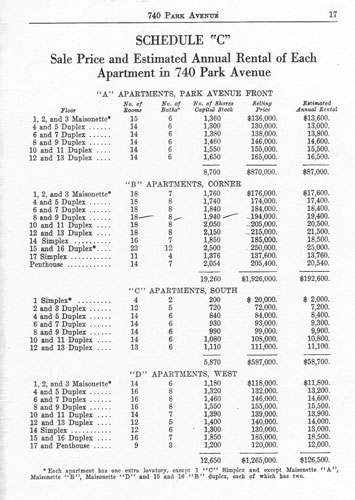 Click the image to see a larger version in a new window.
This Schedule C, from the original 1929 Offering Plan for 740 Park, lists the size and purchase price of each apartment when they were new. Almost immediately, the Great Depression began, and soon, the apartments were virtually worthless. It took forty years before they recovered their value and lived up to the financial promises made by developer James T. Lee. 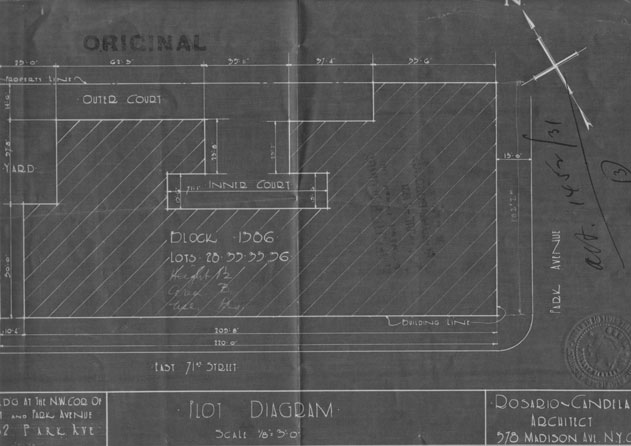 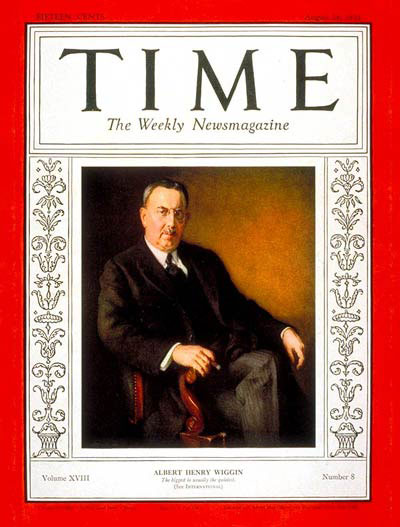 Chase Bank’s Albert Wiggin, before his fall, on the cover of Time magazine.