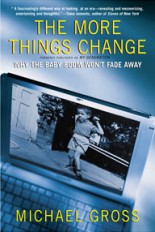 Ann Winblad (b. 1950) sold her first company, Open Systems, a pioneering accounting software manufacturer,for $15 million, and co-founded Hummer Winblad Venture Partners. She's a Silicon Valley power broker and a digital culture celebrity who has started and directed dozens of software and Internet companies. In this interview, she tells a lot about how she got her start...and a little about her former boyfriend, Bill Gates.

By Michael Gross
Interviewed in San Francisco and New York in fall, 1998

AW:  I have a rolling speech that I change all the time.  I upgrade it… In fact, that’s one thing I learned from Steve Jobs, is that he did not, you know, write a new speech all the time.  He had the same speech and he got really good at it, and he said what he really knew.

MG:     All those hippies in the ’60s who thought they were going to change the world… You guys, the practical ones, you went and changed the world.  And what you did was, you gave… and I’ll say “us” here, because I’m not entirely impractical, but I was pretty impractical.  You gave us exactly what we thought would happen.  But it took the practical ones to go do it.  And yet, there was also this element of dreaminess in it, too…

AW:  Well, I don’t really get where the dreaminess comes from.  But there has to be some there.

MG:     You made a leap of faith.  Come on, you opened a business and you didn’t know what you were going to do!

AW:  [LAUGHS] I didn’t know anything.

AW:  Yeah, it is dreaming.  And our dreams were based on reading books.  Their dreams are based on surfing the Net.  The images that they’re seeing, they’re not reading about Sarah Bernhardt, you know, or…

MG:     See, but I think that there’s a great, great potential for disaster in this…

MG:     …because what is going to be forgotten is history.  History is going to disappear.  And they have no sense of history, they don’t care about history…

AW:  Real time.  It is all in real time.  Life is now… Nothing is linear.  Everything is a hyper-link to them.  And they’re not… They’re going to be raised not to think linear.  And it’s not that one is better.  They’re different.  I mean, creativity is not the same as imagination.  And also, the idea that everything is available to you on command… They are.  Snap your fingers, and it’s there.  It’s not like, “Well, but you might have to do something, wiggle a little courage,” not courage like Danger, but courage like “You don’t know.”  They want complete information before they go to Step 2.  Well, come on.  Go there.  Just try it out.