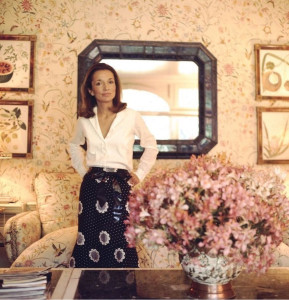 I first met Lee Radziwill, who died Friday at her home in Manhattan, more than thirty years ago when she handled public relations for the Milanese designer Giorgio Armani.  Years later, when I wrote about her childhood at 740 Park in my book on the storied apartment house,  she told me of the time her sister Jacqueline Bouvier (later Kennedy Onassis), saved her life after she tried to crawl out one of its sixth floor windows to escape the stifling atmosphere caused by her dissolute father, Black Jack Bouvier’s profligacy, and their parents’ failing marriage.  Window guards were subsequently installed to prevent a recurrence of her great escape.  But my favorite Lee anecdote is contained in a column I wrote for Avenue about the Southampton home of one of her boyfriends, the lawyer and man-about-town Peter Tufo.  Read it here and learn about the moment when vengeance against a misbehaving man was hers.  Lee was soft-spoken but high-spirited and will be sorely missed.