The Collapse of the Crane King 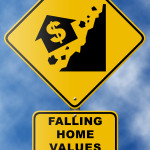 What a shame the Wall Street Journal is hidden behind a firewall, so Extell developer Gary Barnett‘s belated acknowledgment yesterday of the collapse of Manhattan’s high-end condo market mostly passed unnoticed. Let’s rectify that. As noted here long ago, while big building boosters were still singing its praises, sales stalled at Barnett’s ugly One57 tower (referred to in these parts as the Blue Penis). More than a fifth of the building’s apartments have failed to sell and Extell has marked down its potential sellout value by $162 million–enough to buy a record setting condo, one might add. “There’s a lot of stuff that is chasing what happened three years ago or four years ago when there was a boom,” Barnett told the WSJ. “They’re late to the party and the party is ending.” The party, one should note, began with the record-setting 15 Central Park West, the first and most successful of the Billionaire’s Belt condominiums. WSJ goes on to mention a number of other developments “in the blocks around One57” that might be negatively affected by what Barnett terms a “temporary imbalance” in the Manhattan real estate market (i.e. too many high end condos and not enough stupid-money buyers), but not Extell’s so-called Nordstrom tower, just a hop, skip and jump west on Fifty-seventh Street. Perhaps they are rewarding Barnett for his burst of candor. “The good news is,” he concludes, “we’re not going to see many more projects that are going to be built.”